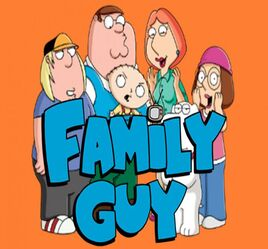 IGT is a company that has developed many slots on popular TV shows and global entertainment classics, and Family Guy is a great example of that. Originally, the slot machine was developed for on-land casinos in the year 2014. Not so long ago, the provider decided to bring the famous game to the screens of laptops and mobile devices, giving online players an opportunity to enjoy it as well.

With generous bonuses, unique features, and many impressions of the original show, Family Guy is a good playing option for both beginner and experienced gamblers. Even the background soundtrack of the slot is taken from the Griffins series. Each of the many features are associated with popular characters, so the slot will definitely be highly appreciated by any fan of the TV show.

The wild symbol is represented by the game’s logotype and can substitute for any other icon on the playing grid except for the symbol named World Bonus. When this feature is activated, a player gets an opportunity to spin the globe, and after that they get a bonus round.

Lois’ feature puts a maximum of three members of the Griffins family onto the board. Each of the characters multiplies the payout.

Brian’s feature can activate the World Bonus round, giving the player a chance to spin the globe.

Stewie’s feature lands up to three wild symbols onto the reels.

All the features are designed to increase the win potential, and they can greatly multiply one’s payouts.

The bonus features are based on popular scenes from the TV show and will be easily recognizable for the fans. The Drunken Clam Bonus lets a player choose one character. Then, this character will multiply the previous payout by up to 1,000 times.

Chicken Fight is a bonus round in which a player needs to choose between Peter and a chicken. The characters will fight for three rounds, after each of which one gets to select an additional prize. This feature is extremely fun and rewarding.

Lois’ Hot Free Spins is a fun bonus that initially gives a player 10 free spins that can then be re-triggered. The goal of a player in the bonus round is to collect heart symbols. For each three icons one collects, one will be rewarded with a wild symbol randomly appearing on any place on the reels.

What is the Family Guy’s RTP?

Are there any free spins in Family Guy?

Yes, there is plenty of opportunities to earn free spins while playing this slot. Initially, one can get 10 free spins which can then be re-triggered.

Can I play Family Guy for free?

Yes, you can get acquainted with the game with the help of a demo version on this page. It will give you a chance to figure out the slot’s rules and find out if it is worthy of making a deposit.

When was Family Guy developed?

Family Guy was created by IGT in 2014. At the beginning, the slot machine was only available to play at on-land casinos, but not that long ago, the developer decided to give online players a chance to play it as well.