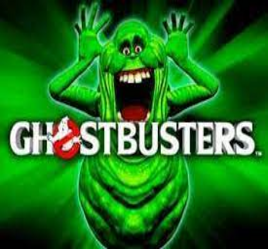 New York, the city where the ghosts live and is the headquarters of the most famous ghostbusters. This is the theme laid down in the Ghostbusters video slot, from the company International Gaming Technologies, which borrowed the plot from the 1984 film “Ghostbusters”. In the casino rating, this slot takes well-deserved place in the top. Everything that happens on the playing field is a copy of the film, starting from the sound design, graphics, animation, video inserts from the film, and ending with characters with images of real actors like Ernie Hudson, Dan Aykroyd, Bill Murray, Harold Ramis and Sigourney Weaver. In addition to the reality of the events taking place on the slot monitor, the gameplay is equipped with amazing bonus features that can not only defeat all the ghosts, but also reward the player of gambling entertainment with a maximum payout of 25000000 coins.

Wild multiplier, the value of the Wild, there are two of them in the game, one replaces people, the second one is a multiplier x5. The Extra Wilds symbol, appearing in four positions, turns into a wild multiplier of purple ghosts, filling all the cells of the slot. The green slug, a ghost from the library, falling out on each reel, starts a mini roulette, where the winnings for each received ghost are displayed. The trap symbol, appearing on the second, third and fourth slots, launches a bonus game, the goal of which is to catch as many ghosts as possible.

The appearance of one bonus symbol “Marshmallow” and two bonus symbols “Ghost Hunter” activates the free spins feature. The player gets eight free spins and 40 lines for betting, instead of 30 in the main game. Ballroom Busters bonus feature, using five shots from a cannon, you need to identify the ghosts hidden in the banquet hall, the multiplier of the total win is x5.

The guaranteed payout percentage set by the slot developer, IGT for the Ghostbusters video slot, is RTP: 94%. The slot is interesting in all respect, but the low variance will not allow players with a small deposit to experience the entire gameplay to the end, since the appearance of bonus values will take some time.

All famous actors are represented as symbols on the reels, including Bill Murray, Dan Aykroyd, Harold Ramis and William Atherton. Peter Venkman, played by Bill Murray, is the highest-paid symbol, but the Ghostbusters logo is twice as expensive. In any case, here we present you the payout table for the Ghostbusters Plus slot:

Wild Ghostbusters Logo-Pays 40 to 5 on the payline

Peter Venkman-pays 20x for 5 on the line

Raymond Stan-Pay 10x by 5 on the payline

Egon Spengler-pays 8x to 5 on the line

Walter Peak-pays 8x to 5 on the line

What bonuses are in Ghostbusters Slot Machines?

This is, to say the least, a mighty slot machine. The “Ghost Battle” bonus game is activated when you land a ghost symbol on the middle reel. A ghost hunter will appear in front, and you will click on the ghost to kill it. To remove it, it may take up to 3 zaps, and each of them adds a Ghost Wild to the Ghost queue (where you can hold a maximum of 20 Ghost Wilds). If the ghost has 0 health points left, it will be captured and you will level up. The wild ghost will be added to the reels and removed from the queue.

The game comes with 3 types of Ghost Wilds:

Multiplier Ghost Wild, Expanding Ghost Wild and Extra Ghost Wild. These symbols will get better as you level up and will work as follows in the main game:

Expanding Ghost Jokers: Can be horizontal, diagonal or cross-shaped jokers.

Extra Ghost Wilds: 2, 3 or 4 additional Ghost Wilds will be added to the reels

Then you have the Tobin’s Spirit Guide feature, which unlocks when you reach level 10. This will give you the opportunity to choose which ghost you will kill during the Ghost Battle function. There is also an equipment feature that will be activated at random times in the main game. Level 1 only offers a proton package, but here’s what you can get in general:

Proton Pack-converts from 2 to 4 symbols of the suit of cards into a high-value symbol.

PKE Meter – a set of 1 to 4 symbols of the card suit will turn into jokers.

Ecto Goggles- will give you 1 additional bonus symbol when 2 are already present to activate the Zuul free spins feature.

Psychogram Helmet-gives you 2 bonus symbols when 1 is present to activate Zuul free spins.

Each level in this game comes with a unique ghost that you need to capture to climb the level. The higher you go, the better your bonuses will be. Levels unlock the following features:

Free Spins in Ghostbusters Plus the free spins feature is activated when you get 3 bonus symbols on the same spin (reels 1, 3 and 5). Here you can get up to 25 free spins and you will get Zuul to get spins and Ghost Wilds. All Ghost Wilds will have a higher value during the free spins, and they work as the following:

The Ghost Wilds multiplier will be 25 times larger

The Ghost Wild Jumbo extension, which extends to all adjacent positions

What is the jackpot (maximum win)? Ghostbusters Plus does not have a jackpot, but if you fill the reels with wild symbols and get a 25x multiplier, you can win up to 25,000 x of your bet for one free spin. Great potential for the game of average variance.

Which developer made Ghostbusters Plus slot machine?

Ghostbusters Plus online slot was made by IGT, which is one of the most popular game providers. IGT has created thousands of physical and online slot machines enjoyed by players from all over the world.

Ghostbusters Plus Slot can trigger an impressive multiplier of 25,000x of your original stake.

Why Is This Slot Called Ghostbusters Plus Slot?

The slot is named after its theme – the movie Ghostbusters and its main characters.

Does Ghost Busters Level Up Plus have free spins?

You can earn 5 free spins in the Zuul bonus feature, with the opportunity to retrigger for more spins and ghost wilds. Land 3 bonus symbols on reels 1, 3 and 5 to unlock this feature.

Is Ghost Busters Level Up Plus slot available on mobile?

Ghost Busters Level Up Plus is an HTML5 slot so it plays seamlessly on any mobile device running Apple iOS or Android.