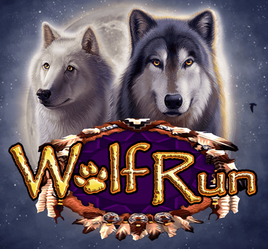 The online Wolf Run slot machine from IGT is one of a series of games by the developer dedicated to the image of the wolf. The Wolf Run slot machine in the casino appeared in 2017 as a continuation of the story of Wild Wolf and Wolf Rising. The company has released several versions of the slot machine for land-based and online casinos, which differ in bonus features. One of them provides the possibility of connecting the jackpot from IGT. The slot is addressed to fans of classics who prefer to play big.

There are four rows of symbols in a five-drum machine. The player can adjust the number of active lines — 5, 10, 20, 30 or 40. Winning combinations are arranged from left to right from the first reel. 3, 4 and 5 identical symbols are taken into account.

The gambler determines the cost of the spin by changing the amount of the linear bet. The minimum cost of the spin is 40 credits in the currency of the online casino, the maximum amount is set at 12,000 monetary units. The percentage of return is stated by the developer in the range from 95.2% to 94.98%.

The win is calculated by multiplying the bet by the coefficient for the corresponding group of symbols. The maximum coefficient allows you to increase the linear bet by 1000 times.

The action takes place against the background of a realistically drawn forest thicket surrounded by mountain ranges. Idols of Indian tribes and totem animals — wolves-appear on the playing field. Ethnic music immerses the gambler in the atmosphere of the life of the indigenous population of America.

Low-paying symbols are the numbers 9 and 10, as well as the letters J, Q, K and A with Indian patterns. Images of two totems, as well as white and gray wolves are considered more valuable. Wild in the form of a howling animal against the background of a full moon replaces all the standard values in combinations and at the same time acts as the highest-paid symbol. All signs in the standard mode are located on icons with a light background.

The wild appears on the reels in stacks and can occupy the entire height of the reel. The icon does not only form a combo with a scatter and the image of an Indian amulet but also with a dream catcher and the inscription Bonus.

The bonus symbol appears only on the three central reels. Three of these symbols bring a payout in the amount of twice the cost of the spin and activate a round of 5 free spins. After the free spins are launched, the appearance of the symbols changes — now they are displayed on a dark background, and the stacks of wilds become larger.

The player can extend the series of free spins by collecting three more Indian amulets in the prize round. In this case, as in the standard game, 5 additional free spins are awarded. In total, you can win up to 255 free spins, after which the reels will stop automatically.

The interface of the Wolf Run slot machine

The number of lines and the bet size are changed by the buttons on the control panel at the bottom of the screen. The total amount appears in the Total Bet window. The reels are triggered by a large button located in the center. The slot is controlled manually — there is no provision for playing in automatic mode. The trial version retains all the basic functions, which allows you to play Wolf Run slot machine free and without registration and learn the basic principles of payments. The slot is quickly loaded in the browser window and in smartphone applications that offer to download online casinos.

Play for real money in the online casinos from our list to get the maximum free spins bonus with no deposit needed. For the Apple users, the app is available on play store or app store. For the online play run of the slot games. Wolf Run slots high-quality 5*4 video slot machine is compatible with Mobile ios8.0, iPad, iPod Touch and iPhone.

The Wolf Run app is available on Android 2.2 and up. It helps unlock themes faster with optimized slot game for giving Android OS users best HD experience. The slot is reminiscent of ghost busters. Wolf Run is available on Android through Amazon app store requiring the installation of Flashplayer. A comforting game experience with no spam or pop up ads. The app is easily accessible on both window and Mac operated laptops and desktops without additional downloading of online casino software.

The lack of visual effects and an exciting plot is compensated by the opportunity to break a big jackpot in a series of free spins. The secrets of the game are that in the bonus round, winning combinations are built more often due to stacked wilds, and the number of free spins can be increased to 255.

Can I play Wolf Run slot for free in online casinos?

Yes, rarely you can find Wolf Run free slot in the leading online casinos. Normally, casinos expect you to sign up, deposit money, and play the real money slots. However, some selected casinos can allow you to sign and proceed to the free slots.

What is the variability and frequency of hits in this game?

Wolf Run is rated as a slot with low or medium variance, so you should see winning payouts quite often, but there is no guarantee how large the payouts will be thanks to the RNG. During our testing, the frequency of matches was quite high, but we did not achieve serious victories.

Does Wolf Run have a bonus round of free spins?

This slot game has a bonus feature of free spins. When you land 3 bonus symbols on the middle reels, the feature is activated and 5 free spins are awarded. Although 5 spins may not seem very large, you can expect to see additional stack jokers and the ability to re-launch free spins up to 255.

What is the maximum Wolf Run slot machine big win?

What is the percentage of return to the player in Wolf Run?

Does Wolf Run online slot have the autospin feature?

Unlike many other IGT slots, the Wolf Run slot machine app does not have an autospin feature.