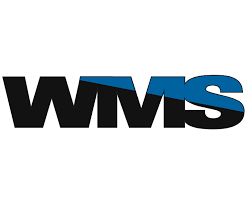 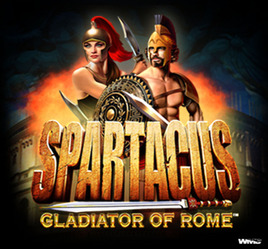 WMS introduced the Spartacus slot as one of the earliest Colossal Reels style games. It includes a number of features that had never been seen before in a real money slot machine when it was first introduced. It’s a game that’s genuinely groundbreaking in that regard.

Spartacus features are excellent gameplay and sound effects, which create a fantastic Rome mood. It combines a standard 5×3 reels screen with a second, huge reels screen (12 rows on a single slot) for a total of 100 pay-lines.
Spartacus slots, like many other gigantic reel games, can be played for very little money and were created with a low volatility rate, which means you’ll earn a lot of modest wins rather than a few big ones. As a result, as compared to high-volatility slots, your money should go further with this game.

The expanding wildcard is the wild logo, which may appear on both sets’ first, third, and fifth reels and substitute for other regular symbols to form a winning combination.

The Colosseum scatter symbol can appear anywhere on the paylines, triggering free spins. If you get three, four, or five scatters, you’ll get 8, 12, or 20 extra spins, accordingly. They also give out multipliers of two, five, or twenty.

Spartacus, like many other WMS games, is still available in most Vegas casinos. Despite the fact that it has been around for a few years, it is a classic that is never getting old.

According to gamers` experience, it may be easily improved in order to increase its popularity. It would be a lot simpler to play if the reels came in a little faster.

The reels are now landing a little slowly, and the game feels a little sloppy. On some of the older PCs, the button you press is also not very responsive, so that might be improved as well.

This WMS slot gives you the opportunity to make up for your losses by spinning the reels for free. To begin the round, just land three or more Colosseum scatter symbols anywhere on the pay lines. The total number of scatters landing to start the free spin round determines the number of spins granted.

The stakes stay unchanged from the beginning of the round. Moreover, during the free spin bonus game, staked wilds come more often on the reels, and you may win additional free spins by landing more scatter symbols.

It is usually suggested that you try the free gaming option before investing any money. Before you go on to play the Spartacus slot game for real money, you should play online free slots to get a feel for the game and develop a decent playing strategy.

We offer you the opportunity to play Spartacus slots online for free, with no download or registration required. Thus, all you have to do to play free Spartacus slot is click the Play for Free button, and the demo version will load in seconds.

Can I play Spartacus slot game for real money?

Yes, Spartacus can be played for real money in a variety of online casinos – just make sure you choose a reputable one. The WMS’ product is also accessible in physical casinos across the world.

What are the Colossal Reels?

Spartacus Gladiator of Rome is a slot machine with two sets of reels and up to 100 pay lines that pay left to right, starting with the leftmost reel. Players will spin two-reel sets for the price of a single spin. The Colossal Reel set has five reels and 12 rows, whereas the initial reel grid has five reels and four rows.

What do Wilds do in Spartacus online slot?

If a Wild appears on the first reel grid, it will duplicate on the Colossal Reel grid’s matching reel and grow to fill the whole reel.

What are the Spartacus slot machine payouts?

Gamers can wager anywhere from $0.01 and $5 per line. The maximum wager for each spin cannot exceed $250. Gladiators, both male and female, are stacked symbols that may fill whole reels. If you get three or more matching icons on a payline, you’ll start earning.

What unique characteristics do Spartacus slots have to offer?

The Free Spins bonus is triggered when three or more Coliseum Scatters appear anywhere on the two-reel grids. Players will be awarded 8, 12, or 20 free spins according to the number of Scatters landed. Spartacus Wild will appear stacked on the primary reel grid throughout the feature and will also move to the matching reel on the Colossal Reels for even larger winnings.

What is the Return to Player (RTP) of the Spartacus online slot?

Spartacus Gladiator of Rome has a 95.94 percent return to player. In principle, this implies that for every $100 gambled, gamers will get $95.94. This game has a decent return to player, and you should always search for a higher RTP when choosing a video slot to play.