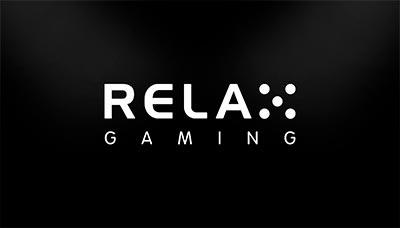 When the original Money Train came out in 2019, gamblers were all in, spinning the reel and benefiting from an impressive bonus round offered by the slot. As more and more time went by and the excitement started to wear off, Relax Gaming came out with an updated version – Money Train 2 to step up the game of western-themed slots. Considering how loved Money Train 2 has become over the course of last year, the team succeeded in meeting the high expectations of the veterans of the gambling industry.

Money Train 2 follows the same slot style as its early predecessor – a 5-reel 4-row with 40 active paylines. The first evident change is the interface. Though the Wild West theme remained the same, developers updated the background, making it even more realistic and up to a point. The graphics, along with icons, took it up a notch and became more meticulous, especially when it comes to the outlaw symbols. This time, the first place of highest paying icons is shared between the Necromancer and a Wild (a scary skull symbol), offering 20x for five symbols across the payline each.

The betting limits have undergone some changes as well. Though the minimum limit remained the same ($0,10), the maximum amount to be bet was decreased to $25. That being said, the win potential went up to a striking 50,000x, and that itself balances out any drop in betting limits.

Players who previously tried their hands on Money Train virtual slot will be familiar already with the main bonus attraction: Money Cart. By landing three bonus symbols on the reels, punters get presented with a bonus round featuring free spins and striking multipliers to a total bet. Keep in mind that there is always an option to buy access to a Money Cart round and start making a fortune.

Suppose the player manages to land one of eleven bonus options (Payer, Collector, Sniper, Necromancer, or persistent variations of these symbols), in that case, one can expect to keep spinning the reels until three consecutive non-winning tries. On top of that, there is a regular and gold bonus symbol at the Money Cart round that pay from 1x to 10x and from 20x to 200x respectively. Money Train 2 has a short instruction describing the power-move these bonus symbols can bring, from extra reels to additional respins.

Apart from the Money Cart bonus, players are treated with an additional Respin Feature, activated when two bonus symbols occur on the reels. The best part about this feature is that it keeps adding up a multiplier after every non-winning spin. Because Money Train 2 is a high-volatility game, gamblers can expect to get some big payouts with the Respin feature alone.

What is the return to player percentage of the slot?

The RTP of Money Train 2 is 96.40%, although, if one lands three bonus symbols across the reels or buys their way into a Money Cart Round, the percentage gets increased to 98%.

Can Money Train 2 be played on mobile?

Yes, just like most of the other virtual slots on the market, Money Train 2 is perfectly optimized for use on mobile and tablet devices.

What is the highest win possible in Money Train 2?

Punters can expect to lay their hands on a striking $1,000,000 jackpot when playing with the highest bet.