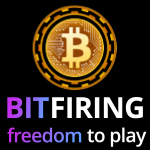 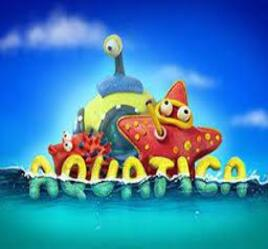 Aquatica Slot: Have Fun Spinning Reels under the Ocean

The ocean has always drawn researchers with its vast shores and what seems to be endless depth. Despite all the given attention and efforts, the underwater world still remains one of the biggest mysteries out there. The truth is – only 5% of the Earth’s oceans have been studied by scientists. One is only left to wonder what the other 95% can hide. Developers at Playson Games have their vision of what can be found in the ocean: a five-reel and three-row Aquatica Slot. Set deep below sea level, the visuals remind players of the all-time favorite SpongeBob SquarePants, especially with its cartoon-like symbols and super colorful design.

Naturally, there are a lot of sea-related icons, including a yellow submarine, seahorse, different fish species, starfish wearing snorkel equipment, an oyster that hides a pearl inside its shells, and more. The latter also serves as a scatter in Aquatica Slot, while a submarine is a wild symbol.  The abundance of colors might seem too much at first, but with accompanying music, which reminds of a lullaby, it becomes the perfect mix of bright graphics and soothing tones.

As already mentioned above, Aquatica follows a typical for most virtual slots 5×3 grid style, with nine paylines available and a maximum of $45 wager per spin. Aquatica got it covered for low betters as well, offering a bet as little as $0.09. There are no complicated bonus features available, making it a perfect no-brainer for beginners in the industry or a little break from complex slots that have filled the market lately.

Despite its apparent simplicity, players will not feel bored spinning the reels in Aquatica, thanks to available bonus and gambling features. These include:

Is Aquatica Slot available on a mobile?

Yes, players can spin the reels of Aquatica on all modern devices, including mobile phones.

What is the maximum payout available?

Aquatica offers up to 5, 000x a player’s stake. Even though it is not the highest payout to be seen in virtual slot machines, Aquatica is still worth a try, considering that the betting option can be as low as $0.09.

What is the coin limit per line?

While the coin value limit starts at only $1, it goes up to a striking $20 per line. Compared to many other online slots, the latter is regarded as one of the highest coin values out there.

Is there an autoplay option?

Yes, automated spins are available in Aquatica. One can select a specific number of spins and then watch the reels set in action.