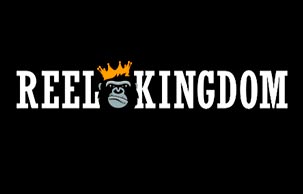 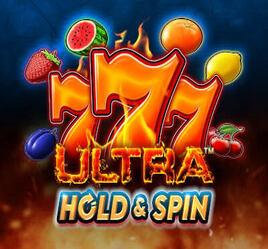 Ultra Hold and Spin is a 3-reel, 3-row, and 5-payline slot game by Reel Kingdom. It doesn’t fit into the modern iGaming landscape as its major concept originates from the classic gaming school. And this is exactly what makes it so appealing to many players.

The slot has a visually simple design. Its sound effects are also quite moderate. It won’t be an exaggeration to say that Ultra Hold and Spin appeal more to those players who don’t like bells and whistles attached to the majority of modern slots.

Ultra Hold and Spin doesn’t offer versatile bonuses and features. Nevertheless, it has a high RTP of 96.70% that guarantees high winning opportunities.

Ultra Hold and Spin has two money symbols – silver and gold coins. Once you land at least three of them on the second reel, you can get from 1x to 20x your initial stake.

The wild symbol can appear on any available reel. Its major feature is the ability to replace any image, except for the money symbols. If a wild symbol is involved in a winning combination, it starts expanding until the entire reel is covered.

Throughout the gameplay, you will have to deal with classic symbols, such as X, cherries, oranges, plums, stars, strawberries, watermelons, BARs, and sevens. The sevens are known as the most valuable symbols. For example, three sevens bring winnings 50x your initial stake.

If you land at least three money symbols, you automatically trigger the Hold and Respin Feature. It has some similarities to the Money Respin feature from Wolf Gold or Aztec Gems Deluxe Slots.

The respins remain activated until you fail to land some money symbols on reels 1 or 3 after four attempts. But if you manage to land at least one, the counter resets and you get another four respins.

As you can see, the Hold and Respin feature turns out to be very lucrative. You can enjoy this feature for a while. All money symbols of respins are put together, including three money symbols on the middle reel.

How much can I bet at Ultra Hold and Spin Slot?

To start the gameplay, you need to choose a bet that you are comfortable playing with. An average bet can range from $0.05 to $250.

How much can I earn at Ultra Hold and Spin Slot?

With an RTP of 96.70%, you have real chances of winning the game. The maximum you can get is 500x your initial stake.

How to win the game of Ultra Hold and Spin?

Ultra Hold and Spin Slot is an automatic gameplay with random outcomes. You can’t affect the final result in any possible way. All you can do is to rely on your luck. Once a combination of symbols appears on the screen, check out the paytable to know exactly how much you win.

Are there any bonuses and features at Ultra Hold and Spin?

No, there aren’t. Ultra Hold and Spin doesn’t offer any bonuses such as free spins or pick up bonuses. The only thing to benefit from is a re-spin feature where particular symbols lock in place for 4 re-spins.

Is Ultra Hold and Spin compatible with mobile devices?

Yes, it is. Ultra Hold and SpinSlot can be accessed on mobile devices that feature iOS or Android. Whether you decide to download an app or use a mobile browser, you will enjoy an equally delightful online gaming experience.