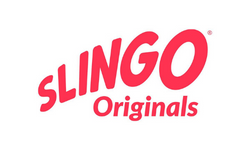 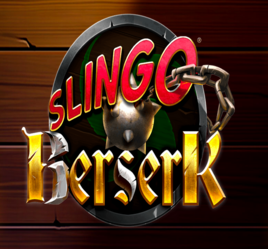 Slingo Berserk is an amusing release that transfers players into the north and allows them to enjoy the gaming experience in the company of wild Vikings. Those notorious Scandinavian fighters know how to get what they want, and they can teach players that skill if they decide to give this slingo game a try.

What is Slingo Berserk?

It might seem that is a video slot at the first sight, but after a couple of spins it gets clear that there is something more in Slingo Berserk. The reviewed game is a combination of a bingo game and a video slot. Thus, there is a traditional bingo card of 5×5 size filled with different numbers. However, numbers that can be crossed out depend on a 5×1 grid that spins and determines numbers for each column.

How to Play Slingo Berserk?

At first, a player should decide how many coins to place on the stake before the game begins. The total bet can be anywhere between 0.2 and 100 coins. After that, 11 spins are granted, and during those spins a player can try to create as many winning lines as possible. If the outcome of that initial gaming round is not satisfying enough, there is a chance to buy extra rotations for an additional cost. The cost of such spins depends on the chances of getting a new winning line.

Aside from random numbers that fill the grid, there is also a chance to get the following special symbols:

The size of a payout depends on the number of lines that a player can cross out within one gaming round. The reward is given when at least three lines are created. The size of such a win is 0.5x the stake. However, those who manage to mark all numbers on a bingo card receive 100x the stake.

On top of regular payouts, there is always a chance to trigger a jackpot round when a bolt of lightning is in view. If this bonus is launched, a player has to pick symbols to determine the size of a jackpot. It can be anywhere between 20x and 1,000x the total bet.

What is the theme of Slingo Berserk game?

This release is inspired by the glory and courage of Scandinavian Vikings.

Is there a jackpot win in Slingo Berserk?

Yes, players have a chance to trigger the jackpot round and win up to 1,000x the total bet by matching the same symbols.

What is the maximum regular payout in Slingo Berserk?

As soon as all numbers on the bingo card are marked, a player gets 200x the total stake.

What is the size of the total stake in Slingo Berserk?

The total bet ranges from 0.2 to 100 credits per spin in this game.