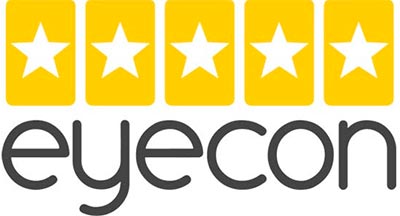 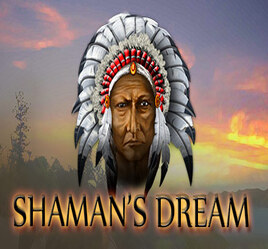 Eyecon, responsible for creating the Shaman’s Dream slot for players, reenacted the traditional Native American motives at the core of the game. The slot has 5 reels and 25 paylines with 3 rows to play on. Shaman is a legendary figure and the central character of the slot that acts as a guardian for players.

The slot has wilds and multipliers to bring the gamblers back to the game and hold their attention. The central idea of the slot is supported by the game symbols, including the tribal elements such as totems, teepees, tribeswomen, and native daggers. Other symbols reflect the freedom and independence of America’s ancient tribes, incorporating animal symbols such as an eagle, a buffalo, and a bear into the game.

The RTP of the game is 95.44%, which makes Shaman’s Dream a slot with medium volatility. It is a great choice for players who find themselves with a limited budget as well as high rollers. However, you will notice that the slot displays an impressive cash prize for a medium variance game, which is estimated at 28,000x. The players will be making wins by landing three or more symbols on any of the active paylines. Wild symbols include the lone wolf that is depicted against the backdrop of the moonlit sky.

The wilds will automatically double your cash prize once they are found in the winning line. They can also replace other symbols with the exception of the scatter symbol. The scatter symbol is introduced in the form of a dream catcher. Its main purpose is triggering 15 free spins on the reels in case the players spin 3 or more symbols while playing. By landing 3 scatters, you are retriggering the Shaman’s Dream bonus. The bonus can be retriggered 15 times so that the gamblers end up having 225 extra spins. Your cash prize is being tripled every time you spin.

Toolbar and Wilds: Diving into the Shaman’s Dream Slot

As you start playing, you will notice that the game has built-in functions that allow you to press buttons at the bottom of the screen. The black toolbar is separated from the rest of the game to make the spinning process easier. Some of the control buttons that can be easily accessed include:

‘Paytables’ will help you open a window that contains the main rules of the game and a detailed description of the slot bonuses. ‘Change lines’ allow the gamblers to choose the number of paylines for a specific bet. Swords, eagles, wolves that howl at the moon, and dream catchers are only a part of the game’s extensive layout.

You will see the icons that tumble down the 5 reels of the game for more lucrative wins. If you are fortunate, you will be able to land a win as soon as 3 identical icons appear on the 25 winning lines of the game. Keep in mind that the wild will replace any symbol on the reel except for the scatter symbol.

What is the RTP of the Shaman's Dream slot?

The RTP of the Shaman’s Dream slot is 95.44%, which represents a medium volatility game.

Can I play the Shaman’s Dream slot on my mobile phone?

Yes, you can easily play the Shaman’s dream slot on your mobile phone or a tablet as well as your desktop.

Does Shaman’s Dream have free spins?

Yes, the players can receive 15 free spins that are found on 5 existing reels once they land 3 or more dream catcher symbols, acting as scatters.

Does Shaman’s Dream have autoplay?

Absolutely! If you are running out of time or seem too busy to dedicate your full attention to the game, you can switch on the autoplay function that starts turning the reels for a specific number of spins.