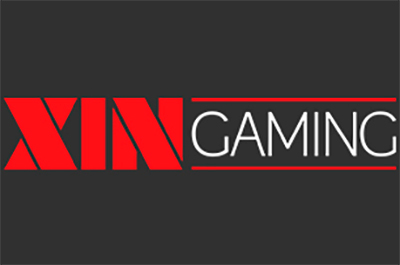 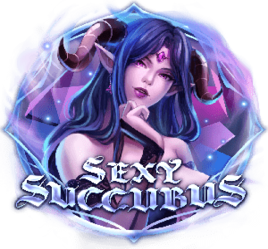 Sexy Succubus, which can be easily referred to as one of the most mysterious video slots out there, manages to combine the air of gothic secrecy and drama with decent wins. It is a non-progressive game that uses HTLM5 to make it available on mobile platforms.

Sexy Succubus features 5 reels and 3 rows, with a total of 20 winnings lines for players. The minimum bet established for the game is 4, while the maximum bet can reach 10,000. Sexy Succubus has an autoplay feature that allows the players to get involved in the game without interruptions. The settings can be adjusted with the punters deciding when the spins need to stop.

The candles that surround the female figure add a morbid vibe to the slot, with the skulls accentuating the gothic atmosphere of the game that seems to have no limits. The wild symbol is presented in the form of a pulsing red heart. The standard game set has 4 characters that provide an explanation for the game’s title. Other symbols include:

The biggest payout is provided by the female succubus with purple hair, while candles and a whip are categorized as lower-paying symbols. Sexy Succubus is a high-roller slot with 3 variations of free spins.

Scatters and Wilds in Sexy Succubus

The wild symbol in Sexy Succubus has a value that can reach up to 1,000x the total bet for a five-of-a-kind combination. The scatter is the pulsing heart that does not provide payments but will serve as a key to unlocking free features. Once the pink-haired vampire appears on the reels, the players have a chance to win 500x the total bet.

If matching symbols land on all 5 positions on the paylines, the win will be increased to 200x. The same amount will be awarded for landing love potion symbols and treasure chests. The Glass combination value is established at 150x, while the symbols that remain will pay up to 100x. The base game allows the players to replace regular symbols with wilds. 3 or more scatter symbols need to be collected to start the round.

In case the players land 2 hearts on the reels, they will notice that reel 3 triggers the Nudge Modifier. The Nudge Modifier will customize the position of the first reel as it locates free spins. The players can also unlock 5 Roaming Wilds, identified as sticky symbols that remain in one place until the end of the round. There is also a bonus feature known as a Sure Win Spin, where the random win multiplier will reach 5x.

When was Sexy Succubus released?

Sexy Succubus is a video slot made in gothic style that was first released in 2019. It belongs to the category of non-progressive online slots.

What is the RTP of Sexy Succubus?

The provider describes the slot as having medium to high volatility, with the RTP of the game fixed at 96.03% for bigger wins.

Sexy Succubus was developed by the casino provider based in Asia, widely known as XIN Gaming. The company has its central office located in the Asian region but has also delivered releases to international partners.

What are the bets in Sexy Succubus?