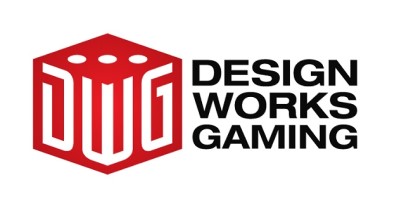 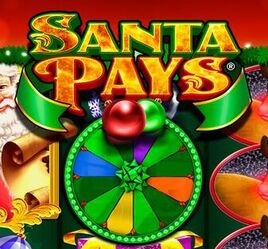 Santa Pays by Design Works Gaming is an online 3-reel slot that has 27 paylines. It has a couple of bonus features, which might lead to progressive jackpots. Having an RTP of 96.2% means having a relatively high winning potential. The slot was inspired by the Christmas spirit, which creates a delightful atmosphere throughout the gameplay.

The video slot is devoted to the character of Santa Claus, a nice fellow with a white beard and red suit who brings Christmas happiness to every home. Players will see the symbols like Rudolph, baubles, and other Christmas symbols appearing here and there. The sounds from the well-known song “We Wish You a Merry Christmas” will be heard between spins. They aim to motivate players to carry on the game as long as possible.

Santa Pays has two main bonus features based on a prize wheel. These include the following options:

If players have at least three coins wheel scatter symbols landed on the reels, they activate one spin. This usually brings a straight cash reward or one of four possible progressive jackpots – mini, minor, major, and mega.

If players have at least three free games wheel scatter symbols across the reels, they will trigger the wheel with one spin. The possible rewards include a free games round and one of the four progressive jackpots. While playing free games, it only needs two coins wheel or free games wheel symbols to activate one spin. By landing three scatters, players get three spins and three shots as a reward. By the way, all free games are available for multiple retriggering of up to 1,000 times.

How to Play Santa Pays?

Players place bets ranging from 0.30 to 180.00. The bet size determines the payouts. Generally, the slot’s winning potential is considered to be relatively high. It is accompanied by high variance, which increases winnings in the long run.

After spinning the reel, players need to check the symbols landed on the reels. Which winning combination they build, they can get a free spins round, progressive jackpots, and even free games.

What is an autoplay option in Santa Pays?

The autoplay option is a great opportunity to play the game without being directly involved in it. Players just need to pick a number of automatic spins, from 10 to 100, and specify limits for losses and wins.

Are there any free spins in Santa Pays Slot?

Yes, there are. Players can earn some free spins by landing at least three green and red wheels.

What is the compatibility of Santa Pays Slot with mobile devices?

Design Works Gaming has made the slot compatible with Android and iOS devices. The mobile user experience is equal to the desktop one.

How to play Santa Pays for free?

Players need to find an online casino that would offer the given slot in demo mode. Then, they would start gameplay without depositing money.