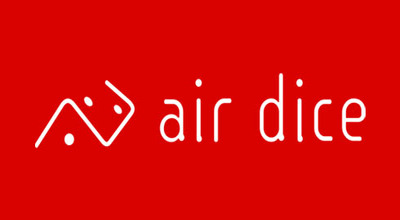 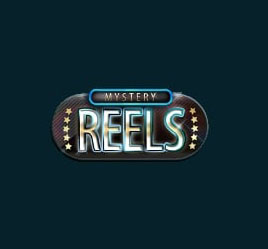 Mystery Reels by Air Dice is a slot machine with five reels, three rows, and five pay lines. Thanks to charming animations, the visual design looks charming. Meanwhile, players have real chances to become winners. The max bet level is very low, which makes payouts low yet frequent. Overall, Mystery Reels turns out to be a perfect slot for beginners who need to learn the game and don’t want to spend a lot of money on it.

The developers of Mystery Reels have tried to create a realistic atmosphere that would be close to a land-based casino. The reels in the game are located in a blurry background where slot machines and casino tables can’t be distinguished. Even the sound effects contribute to the realistic gambling experience.

With multiple lights and amazing animations, Mystery Reels focuses on realism in order to attract players to the reels. The trick has already been acclaimed by many online gamblers.

Mystery Reels is a medium volatility slot, which means that players’ chances with small rewards are higher than with jackpot wins. The paytable menu contains all the symbols, with clear dice going from 1 to 6 and 2 Chinese dice going from 6 to 7. The top reward in the base game is equal to 100x the initial bet value.

Being the wild symbol, the joker can replace any of the dice on the reels. It will help players score some extra winning combinations as they continue the gameplay.

The golden chip is the scatter symbol that can’t be replaced by the wild. Players need to hit three identical symbols to claim one of the seven prizes. So they have to stay focused in order to score the largest of them.

Players need to decide on the bet size, from $0.25 to $5, by making certain adjustments in the settings. Once the bet is placed, players can start the game by spinning the reel. Depending on the landed combination of symbols, players will end up with or without a reward. The maximum number of winning lines in Mystery Reels is similar to pay lines. When falling on each reel of the most expensive symbols, players can rely on the maximum win.

Those players, who don’t want to spin the reel each time they play the game, should use the auto spin feature. It will help them make the gameplay automatized. No direct involvement is required.

How to use Mystery Reels Slot?

Players can use the slot in different formats. This can be a desktop or mobile browser. The user experience is going to be equally good.

Where to play Mystery Reels?

The slot has already been added to the gaming collections of the top online casinos. Before signing up, players make sure that the slot is available there.

Yes, it is. Many gambling sites offer this slot in demo mode. They offer players to play the game without making a deposit.