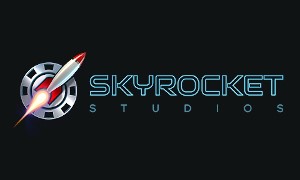 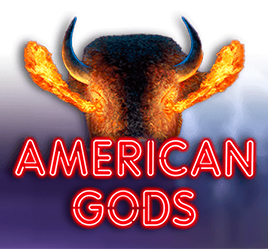 For all the players who want to feel the divine power in the battle between Old and New Gods there is a branded slot game, American Gods developed by Skyrocket Studios. Skyrocket Studios is a new company with a goal of releasing up to 20 branded slots per year. American Gods, based on the well-known and popular Amazon Prime series of the same name, is the first of these. The player will witness an exciting and intense battle between the Old Gods and the New Gods, just like in the series. The main characters on the reels will be familiar to anyone who has watched the series. Shadow Moon, the protagonist, is an ex-convict, and Mr. Wednesday is a mysterious figure.

According to the providers, there are four base game bonuses in this game, all of which are played on expanded reels. Players can choose between OLD GOD FREE SPINS and NEW GOD FREE SPINS when they win with Mad Sweeney’s Lucky Coin. The Queen of Sheeba, Mad Sweeney, and Technical Boy are three mid-level character symbols that pay between 1.5 and 2 times your stake for 5-of-a-kind wins. Furthermore, the player has the flaming buffalo Wild, which may substitute for any paying symbol to assist form winning combinations and pays 7.5x your wager for 5 on a payline.

As for the Wild symbols, there are 4 mini base game features. That is to say: Random Wilds, Wild Reels, Reel Sync, and High Symbol Transformation. Each of them can be triggered at random times in the base game, and they always expand the grid by +1 or +2 extra rows. The Old Gods Free Spins feature awards the player 10, 12, or 15 spins for three, four, or five scatters, respectively, and begins with a spin of the Prize Wheel. The New Gods Free Spins feature awards 12, 15, or 20 spins for 3, 4, or 5 scatters, respectively, while the Prize Wheel now has multipliers ranging from x2 to x20. Finally, the player can trigger the Mega Bonus and as a result collect Random Multiplier, No Lows, Wild Symbols or Wild Reel during each round. The Mega Bonus offers a massive x4800 win potential.

Although the game’s interface and sound effects could have been more elaborate in the audio-visual department, this does not detract from the slot’s overall rating due to the high-quality graphics and all of the features available to players.

How high is the RTP of American Gods?

The percentage of the average return to player in the American Gods slot is 95.79 percent, that is slightly lower than the industry average.

What is the volatility level of the American Gods slot?

This is a medium-volatility release from Skyrocket Studios, which makes it suitable for most types of players.

Is a free spins mode available in the American Gods slot?

Yes, the player must choose between the Old Gods bonus round with wild conversion symbols or the New Gods round with a cumulative win multiplier. Elements from the opposite bonus round can “invade” the current feature at random times.

What is the maximum amount of winnings in the American Gods slot?

At American Gods, it is possible to win up to 4,800 times the bet, which is a good potential for this risk.