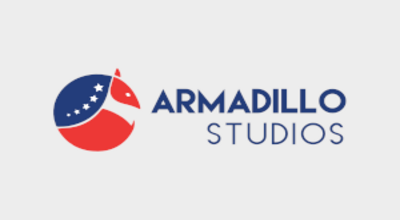 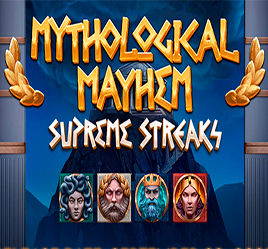 The newest Armadillo slot isn’t exactly a tragedy. This slot offers a 6×4 reel configuration with 117,649 possibilities for winning and the opportunity to expand the reels to reveal higher-paying icons, as well as extra bonuses with progressive levels.

Creators were able to reproduce the mysterious Greek civilization and enrich it with the slot’s most intriguing elements, resulting in a really remarkable and thrilling gaming experience for all gamers.

Once the slot loads, it’s evident that Armadillo Studios bring in a great deal of effort to make the slot look genuine. The title begins with two massive sculptures in the background and damaged colosseums around the display.

Considering the slot’s desolate image, everything is crafted to a fantastic standard, helping the slot seem rather authentic. Throughout the action, gamers can go to the afterlife, the sea, and Olympus.

Gamers will also hear dramatic music and a continuous drumbeat during the whole session. All of it blends together flawlessly in this slot to provide gamers with a complete experience.

The main gameplay named the Elysium Plains level is performed on 6×4 reels with just moderate and cheap icons. Gamers spin to gather as many sunny wilds as they can while still receiving rewards for normal combos. The title also has a b’day casino bonus offered.

Another round is activated after 10 spins, and the flaming wilds fall on the golden borders left by the previous wilds, launching the action into the first extra level, Depths of Tartarus. The reels are increased to 6×5 during this round, and the backdrop is changed to a shadowy, gloomy landscape. Profitable spins now become cascades, with winning icons vanishing to make way for new icons and improve the winning potential. The Hades and Minotaur emblems become active in this phase.

To move to the following reward round, Sea of Poseidon, gamers must get 3 consecutive wins, assisted by golden-framed wilds. After one failed spin, the player is sent to the main game.

Poseidon, Medusa, Athena, and Zeus icons are accessible on the following two levels, and the reels can extend to 6×7 sizes on the final part of Skies of Olympus.

During this last round, cascading victories boost the multiplier amount by one. Following the completion of all spins, the ultimate reward will be boosted by this amount.

What is the RTP of the Mythological Mayhem Supreme Streaks slot?

RTP is above average and not less than 96%. This slot machine also has a high volatility rate, which results in higher winnings but less often.

What is the biggest possible win in the Mythological Mayhem Supreme Streaks slot?

The slot has the greatest payout of 2,000x the bet that can be obtained through the reward pots.

Can I skip a level to go further playing the Mythological Mayhem Supreme Streaks slot?

Unfortunately, you cannot proceed to the next level if you won’t succeed in the first one. Firs level should end up with 10 free spins and then the cascade system will be applied. In order to move to another level player should have winnings for 3 cascades.