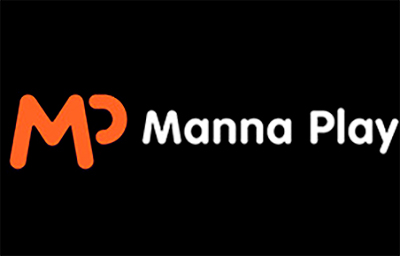 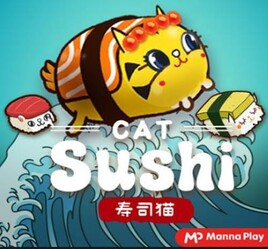 Cat Sushi is a release from the Manna Play slots developer. This game features five reels, three rows, 243 winning ways, an RTP of 97.14%, and high volatility. The bonus features of this game include scatter symbols, wild symbols, free spins, multipliers, and re-spins.

Cat Sushi is a Japanese-themed online slot with an original twist — the sushi here are cats dressed up as sushi. Cat Sushi became very popular after a Japanese company released photos of cats posed as sushi, which further developed into merchandise.

The slot has attractive visuals with a cute cartoonish style. The Japanese theme can be seen right away with an opening screen demonstrating an ocean wave reminiscent of the famous Japanese painting The Great Wave by Hokusai. The backdrop features a jumping sushi cat pursued by a hand that is waving chopsticks trying to catch the sushi. The reels are placed on one side of the screen and are packed with sushi.

The slot features a wild symbol represented by two cat face fish. The wild replaces any other symbol except scatter one to boost the player’s winning chances.

A scatter symbol also looks like a sushi cat. Two scatter icons award the gambler with one re-spin.

By landing three, four, or five scatter icons, the player triggers 8, 13, or 18 free spins, respectively. To provide the bonus round with even more winning chances, every win is accompanied by a 1x, 2x, or 3x multiplier.

Can I try the Cat Sushi slot online for free?

Yes. The demo version of this slot allows you to try it without spending any money. The demo game is 100% free, so it is perfect for testing out a new slot before placing a real money bet.

What is the maximum win I can get when playing the Cat Sushi slot?

This game offers players a max win of x4274.

What bonus features are available on the Cat Sushi slot?

What is the RTP and volatility of Cat Sushi?