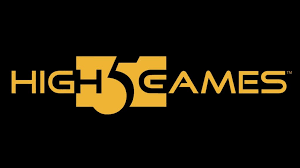 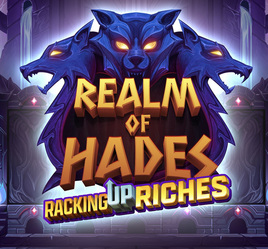 The Realm of Hades slot by High 5 Games is Ancient Greek-themed with high volatility and large payout potential. The game’s particular feature is What You See Is What You Get mechanics, which contributes to the game’s intrigue even more. There are 5 reels and 3 rows in this slot and an autoplay option. The Realm of Hades RTP is listed as 96% by the developer.

The game takes the player to the underworld. It has an eerie theme and a frightening soundtrack. Hades is the Ancient Greek God of the Underworld, who was believed to have a three-headed dog. The software developer has presented this dog and all the underworld’s details precisely, allowing the gambler to get immersed in the dark world. The slot’s symbols are simple and represented by gemstones. The reels carry black, blue, purple, and red gemstones. Black ones fill most of the positions on the reels and are worthless. The blue, green, and red gemstones carry a numerical value.

Aside from the WYSIWYG mechanics, this slot machine provides a common Racking Up Riches bonus feature. However, there are no free spins in the Realm of Hades.

Racking Up Riches is a tumbling mechanic that can bring the gambler far larger prizes. Once three, four, or five blue, purple, or red gemstones land anywhere on the reels, all the regular black gemstones are removed from the reels, and the rest of the icons tumble to the bottom of the reels. At the same time, from above each reel, two new icons land. If the golden gemstone appears at this point, values in that particular column get multiplied by the value on the screen. Thus, a player receives very generous prizes. This feature continues for as long as new blue, purple, red, or golden gemstones appear as a result of a tumble.

Is Realm of Hades available to play for real money?

Yes, it is. You can earn real money if you sign up for an account at one of the online casinos and make a deposit. Make sure to choose a reliable platform for gambling.

Is Realm of Hades available for mobile play?

Yes. This game was developed using HTML5 technology. Therefore, it is fully compatible with mobile phones and tablets.

Does the Realm of Hades offer a jackpot?

No. This is not a jackpot slot. However, it can deliver a maximum win of up to 10,187x the stake.

What type of slot is Realm of Hades?

This slot is Ancient Greek-themed, with five reels and three rows. The game’s RTP is set at 96.0%. It has some bonus features that contribute to the player’s winning chances.