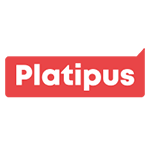 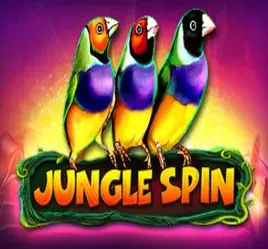 Jungle Spin is a popular slot by Platipus. It takes players to ruthless jungles where they start fighting for rewards. With 5 reels and 50 paylines, they are expected to build up combinations of matched symbols. With an RTP of 94%, their winning potential gets really high.

Jungle Spin has a visually attractive design that features bright blue, radiant red, and striking green. The slot has a lot of symbols devoted to wildlife. These include Yellow-crested Cockatoos, Scarlet Macaws, hulky Gorillas, and Black Panthers, which appear on the reels as single or double icons.

Jungle Spin Slot has a bunch of bonus features. The main ones are as follows:

The Jungle wild can land on the second, third, and fourth reels. They aim to help players complete winning lines by replacing all symbols. The only exception is made for the scatter symbol.

Jungle Spin offers fixed line bets. However, players can adjust their wager by selecting the coin value from 0.01 to 2. A maximum bet can be 100 per spin.

After spinning the reel and getting the result, players can check the paytable. Here are some possible payouts:

To make the game more productive, players can use the autoplay options. After selecting from 10 to 1,000 spins, they can play the game without being directly involved in the process.

Where to play Jungle Spin Slot?

Many gambling sites have Jungle Spin in their slot collection. Players need to check this out before registering an account.

What is the maximum reward in Jungle Spin Slot?

By landing ten Double Yellow-crested Cockatoos and Scarlet Macaws on the reels can pay 5,000x the bet.

How to play Jungle Spin Slot?

The slot can be launched via a mobile app or mobile browser on mobile phones. The user experience is going to be similar to the desktop one.

Is there an effective strategy to use in Jungle Spin Slot?

Being a classic slot machine, it doesn’t have a winning strategy. The result depends on one’s luck to land matched symbols.