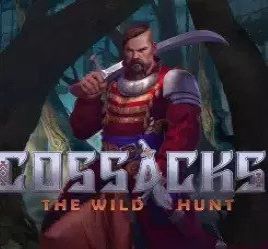 Cossacks: The Wild Hunt from Foxium – Play for Free or Real Money

With spectacular graphics of wolves and soldiers spread across a 6×6 grid, The Cossacks: The Wild Hunt slot machine storms into online casinos. There are different numbers of winning ways, cascades after each win, and growing multipliers in this desktop and mobile game. The drama is increased by extra wilds and free spins (FS).

What Is the Theme of Cossacks?

Although they had a wonderful history and were a fascinating bunch, the Cossacks had never previously been the subject of a slot. Many players are delighted to see a new culture being studied because historical figures like gladiators, pirates, pharaohs, and Vikings frequently appear in slot games.

The reels are surrounded by sparse trees and are set deep within a forested area, and the symbols include ferocious animals like wolves, bears, and boars. Roman, Taras, and Yana are the three primary protagonists, and each is intended to exude an adventurous spirit through their poses.

The Process of Playing

Through all smart devices, users may play this game and place bets. The Cossacks: The Wild Hunt slot machine game features a 6×6 grid that plays with thirty-six symbols by default. Columns one, six, and the top row of the matrix make up the first zone. Next, the second, third, and fourth columns make up the inner zones. Thus, there are outer and inner zones in the grid. It is possible to enjoy this casino game both for free and for real money.

To complete wins, a wild sign substitutes for others. Blades land in various locations randomly in the Release the Wilds! feature, turning symbols into additional wilds. A To Arms! bonus accomplishes something similar to combine common symbols with valuable winnings.

The Wonderways mechanic, first seen on Boom Pirates, establishes the framework of gameplay by generating 625 ways up to a maximum of 46,656 ways to pay. The inner/outer zones of the 66 grid are separated. A starting grid of 625 ways to pay is formed by a square of the reels 2, 3, and 4, from rows 1 to 5, in the inner zone. Blockers remain at the beginning of every spin as Wonderwats randomly picks spots in the outer zone. The remainder, along with the inner zone, will determine how many methods there are to pay for that spin and are free to reveal symbols.

In Cossacks: The Wild Hunt, you must spell out the word HUNT on the reels in gold letters to start the bonus round.

A cascading reels system is activated by each win. The winning symbols disappear, and if the ones above them produce new wins when they fall to the ground, players gain more cascades. Each cascade in a sequence results in a multiplier increasing by one. Eight free spins are awarded if the word “H.U.N.T.” appears, and during these spins, multipliers aren’t reset at the conclusion of a string of cascades.

Which features are available in Cossacks: The Wild Hunt?

Wonderways, cascading wins, and a progressive multiplier are all used in Cossacks: The Wild Hunt, and understanding how they work together will help comprehend the game’s features.

How high is the RTP in Cossacks: The Wild Hunt?

How volatile is Cossacks: The Wild Hunt?

The slot machine has a medium to high variance. As a result, the top reward of 10,000x is much more astonishing considering that games with this amount of maximum win are typically given a volatility rating of 10/10.

How is it possible to win in Cossacks: The Wild Hunt?

Known as Wonderways, there are up to 46,656 possible ways for gamblers to win.