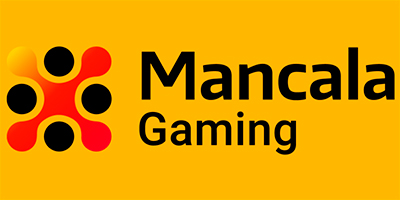 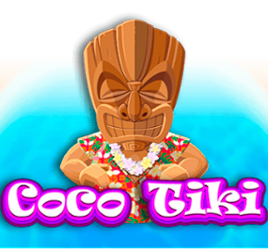 When the game starts, the player will mainly see sand in front of them. Gamblers will also be transferred to the seaside and the beach. The basic theme is summertime, and the slot machine consists of three reels.

On the left side of the gaming screen, gamblers can spot 4 coconuts. Fruit cocktails are other characters in this slot. Other symbols that players will meet include a sky, palm, volcano, and high mountains. Coconuts also represent the main playing buttons here.

Other cute characters involve fish, crabs, sea stars, jellyfish, and turtles. This slot machine has some inspiring animations that show up on the reels. A corresponding music track will accompany the summer journey adding to the general environment.

This online slot proposes the following scheme: a total stake plus/minus button, making it possible to raise or reduce a player’s bets. To avoid doing everything manually, gamblers can choose an auto-play mode. This way, the system will spin the wheel automatically without a player’s involvement. It does not maximize or decrease the chances of winning – they remain random.

The game is full of special sticky symbols such as wild characters. There are also multipliers, free spins (FS), and exclusive bonuses. They all help to boost ROI.

During the entire journey, the animated mask that follows the players will show up on the screen, sipping cocktails.

The first important feature is the Tiki Bar. To get this symbol activated and benefit from it, a gambler should fill up 4 coconuts in the drink meter. In one of the available shells, there is a pearl hiding that maximizes the winning. The machine will not do that for a player; that is when they should pick the coconut shell manually. In case of proper choice, the gamblers can skip over to the upcoming slot’s level. In case of failure, a bettor will come back to the base game. Users obtain 5 additional spins during the initial round. In round two, they are rewarded with fifteen FS. Finally, the players can count on twenty-five FS with a 2x multiplier.

One more available bonus feature is the so-called Coco Tiki Bonus Round. To activate it, a bottle sign should show up on the reels. The bottle is then replaced by an X character that remains in one location. X is like the Wild Symbol. It may replace most characters, and a wild contributes to win lines. In case three times characters appear along with this feature, the drink meter fills up on the left. In case O symbols show up, the gambler is taken back to the base game.

What is the RTP in Coco Tiki?

This online slot machine offers a 95% return-to-player. This number is just a bit less than the industry average (96 percent), so it is an acceptable RTP.

What is the betting range at Coco Tiki?

The betting range in this online slot falls in the interval between five dollars and 450 dollars.

Is a jackpot game available in Coco Tiki?