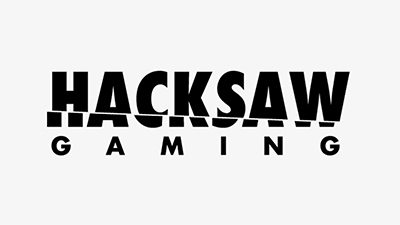 The company was registered in 2017 and is based in Malta. According to COO Markus Kordes, the team saw a gap in the gambling market for original, innovative products and made it their mission to fill it.

In 2018, the manufacturer received a license and entered into the first agreement with Relax Gaming. Then, the list of studio partners expanded, including such giants as Microgaming.

The provider positions itself as the creator of slots with the highest fixed jackpots. The line of premium slot machines was launched in the spring of 2020 with the release of the My Lucky Number slot machine.

Another line of the manufacturer is called The Pocketz. It includes titles targeted at mobile devices.

Although the company is very young, it has already won a very prestigious award. For example, Hacksaw Gaming won the “Best Instant Payout Products” nomination at the Malta Gaming Awards 2019.

Initially, the provider specialized in creating scratch card games. This variety still remains the most numerous in the company’s portfolio: more than 30 items are represented.

Video slots have recently appeared in the manufacturer’s lineup. As of the end of 2020, 8 types of conventional machines and 3 devices from the premium series have been released. All games by the company were initially developed for smartphones and tablets and then gradually adapted to the desktop format.

The company’s slots include The Respinners, Cash Compass, The Haunted Circus, Cubes, My Lucky Number, Miami Multiplier, Omnom, and Stick’em.

In terms of scratch cards, the most popular are Gold Coins, Frogs Scratch, Break the Ice, Koi Cash, Double Salary for 1 Year and Shave the Beard.

When developing slots, the provider seeks to interest users.  One of the tasks of the team is to make sure that the mathematical model reflects the style of the machine as much as possible.

Scratch cards come with three different RTP levels for the operator to choose from.

The number of reels in the slots varies from 4 to 6. There are titles in which the field can expand after a combo. Most often, prize options are represented by free spins, respins, and games on a separate screen. In some devices, the function of buying a bonus is implemented. Participants are allowed to access the prize feature by placing an additional bet instantly. Most games have medium to high volatility.

There are several facts that speak of the reliability of the manufacturer. Firstly, it has licenses from two reputable organizations at once.

We are talking about the Gambling Regulatory Commissions of Malta and the UK.

Secondly, at the end of 2019, the company received an ISO 27001 information security certificate. The software is tested in independent laboratories and complies with international industry standards.

Despite the fact that the company has recently entered the gambling market, it has not only managed to win the trust of the players but has already won several awards in various categories. Games from this manufacturer will impress even the pickiest and most demanding players.

Can Hacksaw Gaming slots be played for free?

Yes! The slots from this provider are available in demo mode so that you can get an idea of ​​the atmosphere and features of the game.

Can I play Hacksaw Gaming games from my mobile device?

Hacksaw Gaming has optimized its games to run on mobile devices so you can have fun from any place you go.

What are the most popular Hacksaw Gaming slots?

Among the most popular are: Wanted Dead or a Wild, Chaos Crew, Stack ‘Em, Hop n Pop, Xpander.