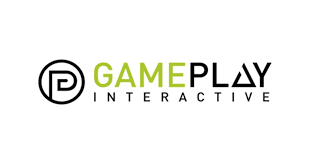 Captain Rabbit is an amusing slot machine by Gameplay Interactive that engages players in a fun cartoon-like adventure with a fearless rabbit in the leading role. This animal which is frequently shown as a fearful character is depicted from a completely different side in the reviewed game. He is a captain who prepares for the fierce war in a big city, and he plans to capture everything he wants, including the maximum payout of 5,000,0000 coins. A series of bonus rounds and some luck appear to be very helpful in this challenge.

The studio that stands behind this game is Gameplay Interactive. It is a popular software developer that has a good reputation and provides games that are compliant with regulations in different jurisdictions. It was launched in 2013 with headquarters in BVI and offices in Macau. Thus, its portfolio consists of casino games that are mainly of interest to Asian players.

Captain Rabbit has a reel configuration of five reels and three rows. The grid is crossed by 25 paylines that allow players to create winning combinations with the help of two/three or more identical symbols. The size of wins is influenced by the total stake which varies from 1 to 1,250 credits per spin. Taking into account the maximum bet size, this game is suitable for highrollers. The RTP here is 96.49%, which is quite good, as it is higher than in many other video slots.

Regular symbols are represented by poker cards and different kinds of weapons. They give players coin wins of anywhere between 100 and 4,000 coins for the five-of-a-kind combination.

Red-colored rabbit is Wild in this slot, so it can replace all regular icons on the grid to award a payout. Whenever there are three or more instances of a rabbit icon in view, it acts like Scatter. Thus, 15 free spins are awarded, and they are played with tripled wins. Rabbit shows up on three central reels only during this feature, and it can re-trigger free spins.

On top of that, there is a Mystery Box symbol that launches the bonus round. A captain rabbit is to find the route to the mystery crate. As soon as the rabbit finds it, some prizes will be given. Upon finding a bomb, a reward of 2x the total bet is bestowed on players. The feature ends when the captain finds 5 crates. On top of that, even one Mystery Box icon on the reels gives a reward. Thus, one can receive anywhere between 1 and 100 credits.

What is the theoretical return to a player in the Captain Rabbit slot?

Players can take advantage of the RTP of 96.49% in this game.

What bonuses are available in the Captain Rabbit game?

This slot by Gameplay Interactive has 15 free spins and a bonus round with instant prizes.

What is the role of the rabbit in Captain Rabbit?

This character is both Wild and Scatter.

What is the gameplay in the Captain Rabbit slot?

It has a 5×3 grid with 25 paylines. Winning combinations can be created with at least two or three identical icons.