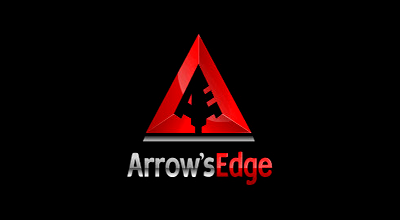 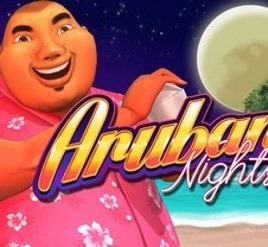 Aruban Nights is a slot machine released by Arrow’s Edge developer with 20 paylines, 5 reels, a 96% RTP, and medium volatility. The special features include a wild symbol, free spins, and Happy Hour with multipliers.

This online slot’s theme is based on vacations in Aruba. It has fun graphics and a soundtrack that contributes to the overall theme. To get a winning combination, the player should land at least three symbols of a kind on adjacent reels. The low-paying icons are a boat, palm tree, lighthouse, and cocktails, paying between 30x and 150x the player’s bet for landing five-of-a-kind. The higher-paying icons are a bottle, flamingo, and bartender, which pay between 500x and 2,000x the stake for landing five in a row.

This game’s wild symbol is depicted by a man. It may land anywhere on the reels to replace other icons and help create or improve winning combinations.

The bartender works throughout the slot, and it is Happy Hour all of the time. Each time a gambler lands a winning combination, the icons that form it disappear, and more icons appear in their places. For every win a player makes in this way, he gets a payout multiplier. The consecutive wins can bring the gambler 1x, 2x, 3x, or 5x his stake in multipliers.

What is the RTP and volatility of the Aruban Nights slot?

This game’s RTP is 96%, and volatility is medium.

What bonus features are available in the Aruban Nights slot?

This slot has a wild symbol that replaces other symbols for creating winning combinations, a scatter symbol that triggers free spins, and a Happy Hour feature that brings multipliers.

Can I play the Aruban Nights slot on a mobile device?

Yes, you can! This game is 100% compatible with smartphones and tablets.

Is the Aruban Nights slot available in the free mode?

Yes, it is. The best online casinos allow gamblers to play this game for fun without a deposit. If, however, you are interested in real money wins, you should make a deposit and switch to the real money version of this game.