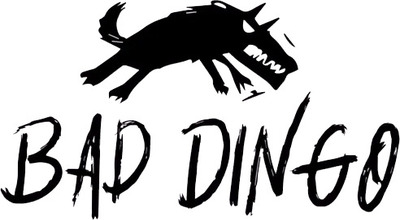 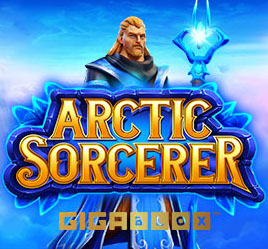 This release features a magical wintry fantasy theme. On one side of the gameboard is the Arctic Sorcerer himself, and the backdrop features a snowy vista. The slot’s soundtrack is a mystical-sounding piece adding to the game’s magic.

Arctic Sorcerer Gigablox has nine regular icons, which include a polar bear, a wolf, an owl, a deer, and several colored gemstones. The wild symbol is depicted by the gold coin, and the scatter is represented by the diamond with the word “Bonus.”

The wild symbol substitutes for any other regular icon to help create or improve winning combinations.

During the Gigablox feature, any symbol can appear super-sized, occupying either 2×2, 3×3, 4×4, or 5×5 grid squares to make up multiple identical icons.

When five or more scatter icons land on the playing grid, the gambler is awarded between 5 and 15 free spins. During the free spins, wild Gigablox symbols will split into individual symbols, with some of them having a 2x multiplier attached. Besides, if five wild icons land during free spins, the player receives two more spins.

The slot also has the Arctic Blast feature, during which the reels get altered with mystery Gigablox symbols that can transform into scatters, wilds, or regular icons.

What is the RTP and volatility of the Arctic Sorcerer Gigablox slot?

Does the Arctic Sorcerer Gigablox slot have free spins?

Yes, it does. For triggering up to 15 free spins, the gambler should land more than five scatter symbols anywhere on the reels.

Is the Arctic Sorcerer Gigablox slot available to play for fun?

Sure, it is. You can play this slot online in the demo mode without risking your money. The free version does not require you to register for an account or make a deposit. However, in this mode, you cannot win real cash.

Can I access the Arctic Sorcerer Gigablox slot on my smartphone?

Yes, you can. This video slot is HTML5-based, so you can play it through your browser on mobile devices.