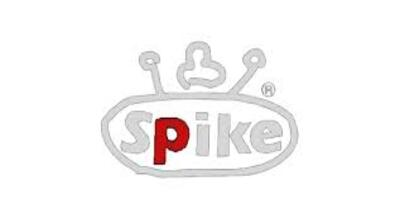 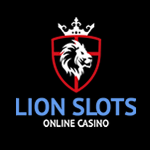 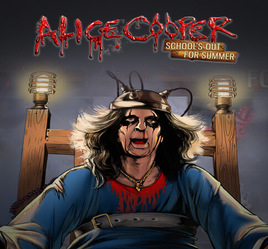 Alice Cooper: School’s Out for Summer is an online video slot from Spike Games that features 20 playlines, based around the legendary rock star Alice Cooper. The bonus features include free spins, expanding wilds, and a pick-a-prize bonus. The game’s RTP is set at 95%.

Alice Cooper School’s Out for Summer Theme and Symbols

The game has a dark, heavy metal theme. The graphics remind us of the 1970s rock album. The background features an electrical circuit of an electric chair. The online slot features various classic-rock-inspired items, including Skull, Snakes, Electricity, Stage Pops, and more. The highest-paying symbols include Alice Cooper, the Skull, and the Stabbed Heart, with the latter paying up to 200x the player’s bet.

This slot features several bonuses, each providing a chance to win more.

Once the wild icon lands on reels 2 and 4, the Twin Wilds Bonus feature gets activated. Once it happens, both reels turn wild and remain as such for a random number of spins.

If five heart tattoo icons appear on the reels, the Death Row feature gets triggered, which is a pick-a-prize bonus. The gambler is then presented with six switches and has to select one to reveal a prize.

If three or more snake symbols appear on the reels, the Free Spins feature begins. This bonus round starts with a gamble ladder that allows the gambler to earn more free spins the higher he climbs. Besides, the Death Row feature can get triggered if the player makes it to the top of the ladder.

What is the RTP and volatility of the Alice Cooper School's Out for Summer slot?

This game’s RTP is 95%, and volatility is medium.

Is the Alice Cooper School's Out for Summer slot available for free?

Yes, you can play this game in the demo mode for as long as you want. However, if you want to be able to win real cash, you will have to make a deposit and switch to real money mode.

What bonus features are available in the Alice Cooper School's Out for Summer slot?

This slot has a wild symbol that replaces other symbols, the Twin Wilds Bonus feature with stacked wilds, the pick-a-prize Death Row bonus, and the Free Spins feature that gets triggered by landing three or more scatter icons.

Can I download the Alice Cooper School's Out for Summer slot?

No download is required to play this online slot since it is based on HTML5. You can play it right in your browser on a mobile or desktop device.