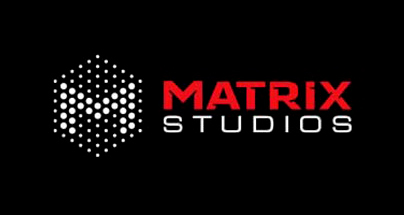 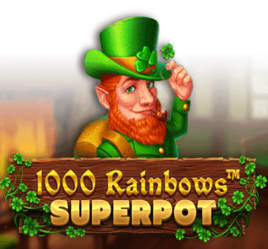 1000 Rainbows Superpot is released by Matrix Studios. This slot features 5 reels, 3 rows, and 25 paylines. The game’s RTP is set at 96.27%, and the volatility is high. The player can take advantage of such features as wilds, free spins, and progressive jackpots.

The game is set outside a barn in a bright green field with rainbows shining above. An engaging soundtrack accompanies the gambler throughout the gameplay. The reels are decorated with beautiful ladies, leprechauns, and playing card symbols embellished with shamrocks.

The highest-paying symbol is the green leprechaun that provides wins of up to 2,000 if landed five-of-a-kind in a row. The game’s particular feature is that the highest-paying icon provides prizes for matching two icons instead of the more normal minimum of three. The blue leprechaun awards a player 1,000 if landed five-of-a-kind, the blonde woman and the red-haired woman both provide a prize of up to 750. The 10, J, Q, K, and A card symbols provide wins for matching three to five icons, with top prizes ranging from 100 to 150.

The wild rainbow symbol replaces all other icons aside from the scatter one. Besides, it provides prizes for matching between two and five, with wins of 10 to 2,000. The game features stacked and roaming wilds, offering even more benefits for the players.

Five free spins can also be triggered when a gambler lands three scatter symbols on the reels.

Leprechaun loot bonuses depend on the kind and number of symbols landed on the reel. The bonus scatter icon multiplies the gambler’s total bet according to how many of them appear on the reels, and all the standard symbols turn into wilds.

Superpot feature is a progressive jackpot, awarded if mega or mini symbols appear on reels 1, 3, and 5. The winning Superpot is shown on reel 5.

Who is the developer of the 1000 Rainbows Superpot slot?

The Matrix Studios is the developer of 1000 Rainbows Superpot.

What is the RTP and volatility of 1000 Rainbows Superpot?

Are there any exciting bonus features in 1000 Rainbows Superpot?

Yes. You can take advantage of bonus symbols, multipliers, free spins, and a progressive jackpot.

Can I play 1000 Rainbows Superpot for free?

Yes, most online casinos offer demo versions of the available games for the players to try before making deposits.