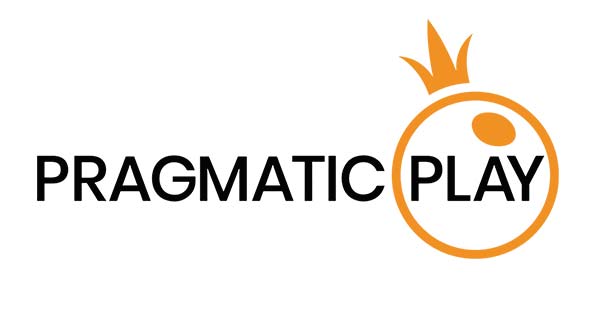 Pragmatic Play is a fairly young gambling provider that entered the market in 2015. The company is headquartered in Malta (the city of Sliema), there are also representative offices in the UK, Ukraine, Romania, India, Gibraltar and the Philippines.

Being a new name in the gambling arena, the Pragmatic Play team took a very responsible approach to the issue of the produced software security. The quality of Pragmatic Play software is documented by such laboratories as Gaming Labs, QUINEL, BMM. The company’s activities are licensed in the UK, Romania, Curacao, Malta and the Philippines – in total, Pragmatic Play is certified in more than 20 jurisdictions. Their products can be found in 78 countries around the world, which makes this provider one of the most widely distributed in the entire industry.

2019 was also very rich in awards. Thus, Pragmatic Play won in the categories “Best Gambling Company of the Year” at the MIGEA Malta iGaming Excellence Awards and “Best Game Provider” at the Malta Gaming Awards.

100% up to $1,000
One of the most prominent games selections on the USA market
No download is needed to start playing
Many bonuses and promotions
Play Now Read Review

In 2020, the series of victories continued: the company won in the categories “Innovation in mobile products” at the SBC Awards and “Best provider of software for online Gambling” at the Gaming Awards, which makes them the best Pragmatic slots provider – no question.

Pragmatic Play develops products for all types of gambling platforms, both for mobile and desktop devices, regardless of their operating system. Their entire gaming portfolio supports 31 languages and a huge variety of currencies, including cryptocurrencies.

Today, the company is engaged in the development of slots, table games and video poker. It is worth noting that the pragmatist has some success in this field: the indicator is that games from this provider are found in almost every online casino. The most interesting thing is that the reason for this lies not in the ease of integration (Pragmatic Play has a lot of licenses), but in the quality of products that tens of thousands of players play daily.

Each finished product of the company is a unique creation that combines the latest developments and interesting design approaches. We will talk about the most famous games of the provider later, but for now we want to note that the products of Pragmatic easily stand out from the crowd with the naked eye: excellent graphics, well-chosen soundtrack and unique gameplay.

Great Rhino slot deserves special attention, which is so popular with most Russian-speaking players and streamers. It is made in a colorful design and is accompanied by high-quality sound effects, and the presence of bonus rounds only increases interest. Representing a classic game with a three-by-five field and twenty paylines, Great Rhino allows you to win the jackpot when 14 or 15 rhino symbols appear on the screen.

Which Pragmatic Play slots are the most popular?

Pragmatic Play slots have an extensive portfolio of games suitable for every player and any online casino. Flawless graphics, great soundtracks and lots of bonus features are just a few things that describe them best. Pragmatic Play boasts a wide selection of slot machines for every taste and pocket. Wolf Gold, Leprechaun Song, Great Rhino, Ancient Egypt Classic and Great Rhino are among them.

What is Pragmatic Play Casino?

Pragmatic Play Casino is an online casino that focuses on Pragmatic Play games. This focus manifests itself in various forms, including those listed below:

Can I play Pragmatic Slot machines for free?

Before you start playing any games for real money, it’s strongly recommended that you try to play for free. There is a bunch of Pragmatic Play slot machines that you can try without spending a penny. Pragmatic Play games are released in HTML5 format, which means that you will get the best gaming experience on both desktop and mobile devices without downloading any additional software.

What services does Pragmatic Play offer?

Pragmatic Play is a multi-profile provider and games in its arsenal include video slots, live casinos, bingo, table games and scratch cards. With leading products in these areas, Pragmatic Play offers a wide gaming portfolio based on the principles of quality and innovation.

What about Pragmatic bonuses and promotions?

Promotions and bonuses: Pragmatic Play has its own Enhance ™ bonus platform, which includes unique prizes, tournaments, free rounds, win multipliers and other rewards. By integrating the provider’s products through Softgaming, in addition to all of the above, you will also get access to the offline bonus system.

Can I play on mobile version?

Mobile gaming: The HTML5 platform allows Pragmatic Play games to adapt to any Windows, iOS and Android devices. In addition, both portrait and landscape orientations are available when playing from mobile devices.