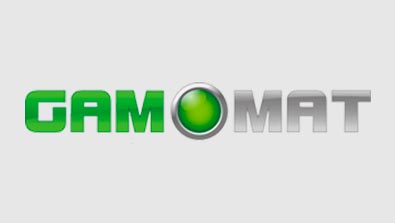 Gamomat is a popular video slots developer, established in 2008. The games of the provider work flawlessly across various platforms, offering an equally exciting gaming experience on desktop and mobile devices. It means that players can enjoy Gamomat games on iOS- and Android-powered mobile devices. Currently, this developer has over 100 online slots in the portfolio and its games are played in more than 35 countries and are available in 25 languages.

As with all Germany-based developers’ slots, the default currency of Gamomat games is Euro. But this can be changed according to the currencies supported by the gambling platform where the games are offered.

The developer’s headquarters are based in Berlin, but the company has many offices across other locations. Gamomat holds several eGaming licenses issued by the UKGC and the MGA. As the developer entered the market in 2008, it was focused mostly on land-based casinos. However, several years later, the company expanded its line of business into the online gambling industry as it released its social games or slot game working for popular apps such as Facebook. A little later, Gamomat decided to expand its business even further, so it now offers exciting online video slots.

The company prides itself on gaming that is enjoyable, atmospheric, and of the highest quality. Each slot is created with attention to detail. The games are distinctive for their varied features, themes, and styles. The provider is at the forefront where technology is concerned, using the latest “Flow” technology that promises to bring sounds, graphics, and animations of the highest quality to the player’s screen.

Gamomat also offers more extensive configuration capabilities so that both operators and users can adjust the settings to match their requirements. This demonstrates the thought the developer put into its games, considering what their clients and players want while allowing each gaming experience to feel more user-friendly and personalized.

It isn’t easy to list the provider’s best slots, as many are extremely popular. Among these are Fruitmania, Crystal Ball, Ramses Book, Book of Romeo and Julia, Sticky Diamonds, and many others.

What are the most popular slots from Gamomat?

Among the most popular video slots released by Gamomat are Ramses Book, Crystal Burst XXL, Fruitmania, Crystal Ball, and Book of Romeo and Julia.

Yes, this slots provider holds licenses from the MGA and the UKGC. Therefore, Gamomat slots are fully legit. You just have to make sure you pick a reliable online casino to play at.

Who will enjoy Gamomat video games?

The provider’s slots are best suited to gamblers with traditional gaming tastes since they typically feature payline-based gameplay with classic slot machine formats.

Do I have to download anything to play Gamomat slots?

Absolutely not. You can enjoy dozens of Gamomat slots for free at one of the reliable online casinos. You do not have to download or register to play demo versions of the slots. However, once you decide you are ready to play for real money, you will have to sign up and make a deposit.