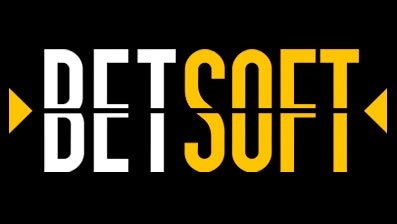 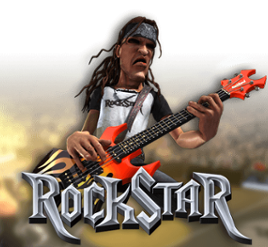 Rock Star by Betsoft is a slot machine based on the 5-reel and 3-row matrix. It comes with generous bonus features, which let players make solid winnings. Overall, it’s really easy to play. None of the added extras distract players from the process. But there are some small nuances to know before starting the gameplay.

The name of Rock Star speaks for itself. The slot machine is devoted to rock music, while the gameplay takes place in a packed club. It has solid design with a wide range of fan silhouettes and flashing lights. Some symbols like a microphone and a ticket serve as wilds and scatters, bringing various bonus features.

Rock Star Slot includes colourful graphics that take the whole online experience to another level. Thanks to interesting animation and excellent sound effects, players can enjoy every bit of the game. Due to simple navigation, it doesn’t take much time and effort to figure out the game without someone else’s help.

Rock Star Slot is offered in three configurations. Before players start the gameplay, they will have to pick the 9, 15, or 21 line version. It is highly recommended to choose the 21 line game in order to bet as many lines as possible.

Players can bet up to 5 coins per line. The biggest reward is estimated at 3000x initial bet. If They manage to land 3, 4, or 5 matching symbols on an active payline, they will get a certain cash reward. The Fan icon is known as a null symbol that appears on the reels but not on the paytable.

Rock Star is a simple online slot machine. To start the gameplay, players need to choose the number of paylines, determine the first bet, and spin the reel. Each time they land a combination of symbols on an active pay line, they get several bars of music – drum rolls, electric guitar chords, and stadium cheers.

If players are is interested in winning big money, they should put down more money per bet. The more they put at risk, the more they get back for every win. For example, if they win on several lines with a high Coin Size, they end up with a serious amount of money.

No, you don’t. It’s perfectly compatible with desktop and mobile devices. So, no download is required. If you use your smartphone, you can launch the slot via a mobile browser.

Can I get and use free spins in Rock Star Slot?

No, you can’t. This slot doesn’t support a free spins bonus feature.

Can I play Rock Star Slot without paying?

Yes, you can. If you turn on the demo version on the casino website, you will be able to play the slot game before making your first deposit. Obviously, you won’t earn real money.

What are the bet limits in Rock Star Slot?

While playing Rock Star Slot, players can bet at least $0.20 but not more than $2 per spin.