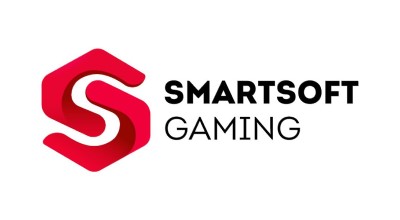 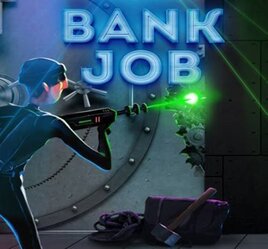 In the Bank Job Slot provided by Smartsoft Gaming slot, players can take part in the robbery, which includes crack safes, to find cash prizes inside. To begin the game, the player must first select the stake size by pressing the plus and minus buttons at the bottom of the screen. The player does not need to click the spin button in the center of the screen after selecting a bet. This slot also features an orange auto spin button, indicating that players can set an endless amount of spins.

As soon as the player begins playing Bank Job, he is taken to the vault, where there is a door and a set of tools used by the gang to break into the building. The atmosphere is enhanced by gorgeous symbols on the background of metal plates, from which the drums are formed. There is a key counter that displays the number of keys found on the left. In terms of music, an appealing melody plays in the background.

Scatter symbols in Bank Job activate the bonus game. Three scatter symbols anywhere on the reels result in one key displayed on the counter in the upper left corner of the reels. The player must gather fifteen keys in order to begin the bonus game with extra prizes. The base game of the slot has nine paying symbols. A diamond, gold bullion, cash, and a walkie-talkie are all high-value symbols. They are accompanied by five playing cards ranging from an ace to a ten. When the player gets to the vault, he is confronted with 30 safes and has only 60 seconds to open as many of them as possible with the drill before the alarm goes off, making the player appear to be in a real heist film. The surprise is that some of the boxes will be empty, while others will contain monetary awards for the player.

The Bank Job slot has 9 symbols, four of which are closely related to the topic of the slot, and the other five are regular king symbols. The highest-earning symbol is the diamond, which pays 10x for a five-symbol combination, 2x for a four-symbol combo, and 1x for a three-symbol combination. Blocks of gold, stacks of money, and a phone are among the treasure bonuses that will pay less than the stake. In this slot, the symbols with the lowest odds are card symbols, and the lowest paying symbol is the number 10.

What are the minimum and the maximum bets in the Bank Job Slot?

How high is the level of RTP in the Bank Job Slot?

The RTP of the slot is 95.66%, which is not a bad indicator for slots of this genre.

Is there a mobile version of the Bank Job Slot?

Of course, Bank Job Slot is absolutely compatible with all the devices, mobile phones included.

Is there a free version of the Bank Job Slot?

Yes, the Bank Job Slot is accessible in a demo version for free, and it’s an excellent method to study the game before playing for real money at an online casino.