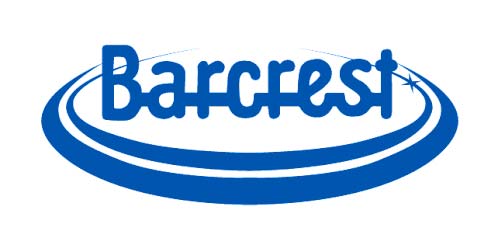 Barcrest Slots: History of the Brand and Recent Innovations

Barcrest has a lot to offer to players who know the value of a conventionally styled game. The following review is aimed at shining a new light on some of the best themes Barcrest has produced in recent years. Created in 1968 in the UK, it won the hearts of the British casino-goers and pub-lovers across the country. With its most prominent years in the 1990s, it remains relevant among the players of the new generation. In 1998, Barcrest became a part of the IGT gaming group. In 2011, it was acquired by Scientific Games and upgraded to add new, better functions.

Despite the long history of the brand that was first introduced to the gaming arena more than fifty years ago, Barcrest slots have excellent graphics and spins that can capture the attention of a mass audience. Among the most legendary Barcrest free slots gamblers will certainly enjoy are Monty’s Millions, Rainbow Riches and one of the most hilarious slots ever created, Ooh Aah Dracula. These games have been tested by players more than a million times as they try the demo version of the slot and play in live settings. Now, you no longer have to go to a real-life casino to become a part of the game. The attention to detail will blow the minds of committed gamblers, and the bonus features are there to help you feel more comfortable while playing for the first time. The most recent examples include Barcrest slots such as Merry Money and King of the Aztecs.

Popular Free Slots Barcrest Has to Offer. What to Expect

As Barcrest slots became more and more popular with gamers, innovations have been introduced to keep the audience on board. Now, you can collect the maximum number of prizes as you play the multi-line slots that feature 5 reels instead of the traditional 3 reel slots. If you take a look at the slots that have now been presented to the online gaming community, there is one feature that definitely counts as the exclusive type of option. We are talking about the “high roller” feature that encourages the players to select a smaller number of spins. The smaller number results in higher costs and more chances of winning.

Once you have chosen the following feature, you automatically get the chance to unlock additional bonuses. This is a great opportunity to win bigger payouts and get lucky as you start spinning. For instance, the players are allowed to use the “try again” feature for spins in Ooh Aah Dracula. If you are not satisfied with the total bet that appears on the screen, you can enhance it with the help of extra spins. This is a brilliant option for gamblers who would like more space to showcase their talents and test their fortune. Most Barcrest slots have an option that mutes the sounds between the spins with the ability to switch between soundtracks and tunes. Once the players stop spinning the reels, the music comes to a halt. This is a great addition for those who do not want to be exposed to repetitive tunes as they immerse in the game.

To play Barcrest slots and get the best bonuses, you have to know the specifics of the game as well as its basic mechanisms. Although, most of the slots from the provider do not have the sharpest graphics that will take your breath away, they offer a solid experience that will give you a good understanding of the game. The bonus games generally include free spins and roulette wheels, an innovation that can only be found at Barcrest slot selection.

The games have a classic edge, with a large focus being put on the traditional slots that can be played in the Barcrest range. The lovers of retro-themed games and slots that bring back the feeling of nostalgia will certainly appreciate the approach industry leaders have chosen for their slot designs and layout. The most outstanding slots that have truly made an impact in the world of online gaming include classics such as Money Mad Martians, Rainbow Riches, Merry Money, and Ooh Ah Dracula. All of the above are certainly worth taking a spin while providing a wide selection of bonuses and extra features.

We have composed a list of the most exciting slots from the Barcrest slot machine. These are definitely worth your time:

Where can I play Barcrest slots?

What are the classics of Barcrest slots?

Classic games that have become a staple for Barcrest slot players include slots such as Rainbow Riches, Merry Money, and Ooh Ah Dracula. These are the most popular choices among players who want solid wins on a regular basis.

Are there any new features to be explored?

Innovative features that can only be found in Barcrest slots include “high roller” features and “try again” features. These are specifically aimed at players that are not satisfied with the total bet amount that is shown on the screen. The options allow the gamblers to add a few extra spins.

What are the best slots to discover?

The gamblers are free to choose the slots based on their personal preference, but we highly recommend trying Elvis Top 20, Merry Money, and Ooh Aah Dracula. These are the slots that have gained recognition among the players due to their creative layout and free-spin bonus that will make you come back for more wins.

You don’t need to download Barcrest slots to start playing. You can simply select the slot that you like the most and start gambling from your mobile device or your desktop.